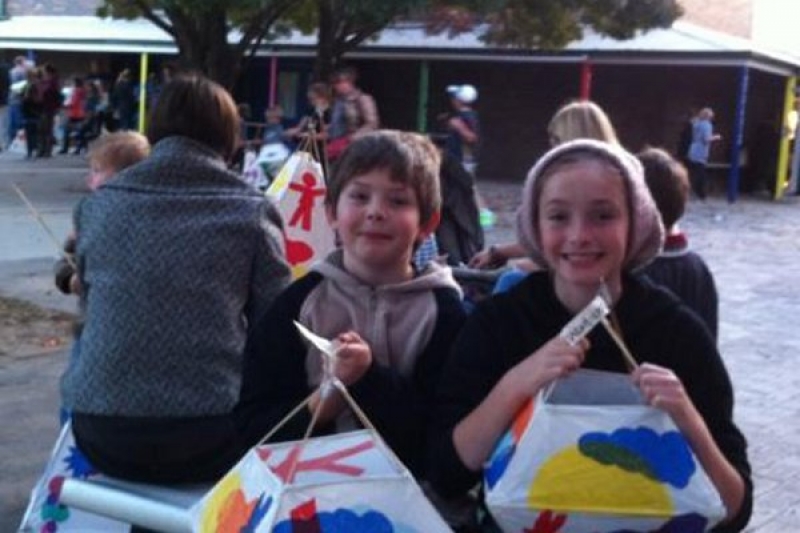 My son is currently in year 7 in mainstream setting in a regional NSW Public School, he has an
autism and mental health diagnosis. He is the youngest of four children with three older sisters. He has two sisters who were academically bright enough to attend a selective stream class, one who also attended a virtual OC class in year 5/6 and went to school a year early after testing as she was gifted, and was reading at level 32 pm readers the day she started school at 4 and three months (he still can't read at that level).

From kindergarten till the end of year 6 he accessed individual funding support to support him at school. He did not qualify for even the ability to apply for this into year 7.

He was deemed to not be eligible for the additional support.

He attended the Department of Education (DE) early intervention (EI) and also had additional funding and support for children with additional needs at his local community preschool. He received his autism diagnosis when he was three years old and the preschool teacher had concerns about him, she thought he may be deaf, and had a profoundly deaf son herself so we took note. My son had had a throw away line from his six week check up that he could be autistic as he wouldn't make eye contact. But at three and a half we did all the roundabout of tests and doctors and specialists to get to the diagnosis of autism. For me he fitted at our house and we just made normal adjustments for him.

During his time at EI he was greatly supported and enjoyed some of the interactions, the class was small and well managed with a teacher and school learning support officer (SLSO) who genuinely also cared for their students and the families.

Starting school had some significant bumps including running away during a SRE class and running across the four lane New England highway two blocks from school, which as a mum I still have nightmares about.

He has some significant learning difficulties that the school tried to address via additional support, he was referred off (that means failed but don't ruin the data) reading recovery. He had behaviour support from the DE regional office team and also reading support. This was in addition to the school having funding of between $6000 and $8000 per year to support an SLSO to support him.

As my son was a flight risk and a runner he had to have close supervision including wearing a visibility vest - way to make the kid with a disability stick out, and he had to spend his lunch play time in a fenced enclosed courtyard.

He went to school being able to write his name, and count to ten. He didn't really progress much from there at all during his early years although he did learn not to run and his social skills improved.

At various times we tried medication to see if it would improve his behaviour at school which it didn't so we stopped, we also stopped as the school when having to give him the long lasting medication at lunch to counter his weight loss, forgot on the first day with five staff members knowing he had to take it and the forms filled in and when he had a meltdown that evening and punched his sister and I asked the school the next day the response was oh sorry we didn't remember and we didn't see him. When I complained to the principal via email, she responded to my email ccing the school education director and the regional director that if the school was doing such a bad job that we should take my son out and while they would miss him they "would not miss me! my constant malcontent (which she explained for me) lack of respect and bulldozer tactics".

This was written on an official DE email to me. We had mediation but I never felt comfortable in the school again. And felt like I couldn't have my say about my child, or my others who also attended the school. Sadly this principal is now higher up in the department now and I still have no wish to ever interact with her again in regards to my children.

My son became a school refuser during primary school and has had an attendance rate of between 65-70% although no referral has ever been made to the home school liaison officer even after my repeated requests. I am aware that they should be contacted when a students attendance reaches below 85%. His doctor suggested that he attend for shortened days or that we look at other alternative attendance patterns but these were hard to manage and not embraced by the school.

My son's dad, is a school teacher who infact prior to my sons attendance at the school had been a head teacher at the school, and I was for ten years heavily involved in the NSW parent body P&C Federation, the last three years as their media spokesperson and representative on several DE panels and advisory groups relating to students with disabilities. I was also the chair of P&C Federation special education subcommittee for four years and a member of that subcommittee for ten years. Even with our skills and commitment to students with disabilities we were still not successful in supporting our son in his educational outcomes.

During his transition assessment from primary to secondary school, when his additional individual funding support was stopped it came to light that his verbal skills were good however he had the reading age of a student in year 3 making him functionally illiterate. He achieved in the very bottom for his NAPLAN tests for literacy, slightly better for numeracy. This was with the support of his SLSO to sit the tests as a reader. When it was clear that he did would not even be eligible to be assessed for funding support I rang the state disability section of DE and spoke to one of the senior people there, I also contacted the local member of state parliament as it seems fair to have a process and maybe not qualify then have an ability to appeal the decision but in this loophole you can't appeal the process as you are not eligible for the process. I was told that lots of families fall into this trap, with no where to turn, I was also told that I shouldn't worry as lots of kids are worse off educationally than my son. But that just made me mad. If lots are worse off we should do something about it not go don't worry. And my son won't be able to read a contract, (how will he agree to an iTunes account, or buy a house or sign up for a job) or a broadsheet newspaper (his reading age means he still can't even read the daily telegraph), how will he cope as an adult in society? He still can't spell his full first name, the street we live in or the name of his school. He is however a very good gamer.

His high school experience has started better although in first semester he had 18 days away
school refusing, he also has struggled to access the work and the teachers all need more support to make adjustments and accommodations for him, the principal and the learning support teacher at the school have been great. We again had the background of having had my son's dad once be the head teacher English at the school and my son being our fourth child to attend the school so we already have a great working relationship there which certainly helps. Even so we did have to take up some assessment tasks and question them. Putting a highlighter over the words is not an adjustment, certainly not helpful if you can't read them anyway, and one task the fantastic principal even took a copy of to have an example of a bad assignment for all kids.

Once I had hoped that despite his autism he might get to uni where he would just be that odd student, but as the years go by that seems more and more unlikely. Now I hope that one day he will be independent and able to live and enjoy a fulfilling life. I mourn the loss of his ability to be a Phd student in maths or science or gaming technology. I grieve for the frustrated boy who is quiet smart but totally failing in academic and social terms at school. I fear for his future. I worry that one day he will be reliant on his sisters for support.