Play the ball, not the people. 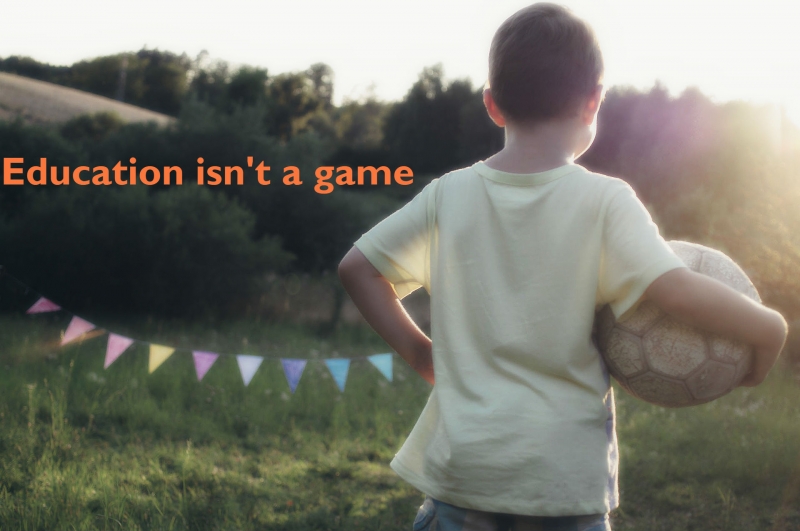 One-time State Education Minister Adrian Piccoli starts his appointment soon as Director of the Gonski Institute for Education at the UNSW. Adrian is wasting no time making his presence as a guru on the education reform circuit be known.

At a recent panel discussion, Adrian made comments that Australians are culturally complacent and how kids from non-English-speaking backgrounds are doing better than kids from English speaking backgrounds. He also indicated that Anglo-Australian parents cared more about their children’s sporting activities than their children’s education. These are huge observations from the hottest attraction on the educational speaking calendar since Gonski himself retreated from public exposure to undertake a Federal government review.

Question is, is Mr Piccoli right? Or is the guru just reaching for headlines to ensure his professional reinvention is a success? Family Focus Consultancy think it is a case of the latter. Our mate Adrian may have changed titles, but he has not changed tact. We recognise the man who will talk to the masses from whichever platform suits his needs and, he still knows how to satisfy his target audience enough to validate his next opinion being sought.

Adrian is the perfect example of a person who considers themselves a great problem solver. What he fails to disclose is that he is the person who created the problem in the first place!

Parents being disengaged is subject matter that Adrian is an expert on. In particular, disengaged Anglo-Australian parents. Those very people he seems to accuse of being apathetic. These parents are historically the ones involved in school committees like Parent & Citizen Associations. They are the parents turning snags on the bbq, facilitating reading groups to support teachers, sitting on finance committees to assist in school budget planning, covering books in the library, fundraising for curtains for the too small for the school population hall, etc. etc. etc. The list of places where Anglo-Australian parents have a hand in education goes on, and on, and on.

Anglo-Australian parents have a proud place in the history of education in New South Wales. They have stood arm in arm with teachers when government capped pay increases and gagged the ability to access industrial relation action. They argued when TAFEs around the state were stripped of there funding, their physical sites and their qualified teaching staff. Same apathetic parent groups pushed hard to get equity in school funding. Saw the Local School, Local Decision model get hijacked by political motives and witnessed the Resource Allocation Model get delivered to suffering schools in stages that supported no one and ruined even the best of administrative practices.  All events that took place on Minister Piccoli’s watch.

Quite simply, Adrian is wrong. Anglo-Australian parents are anything but disinterested. Parents have long been valued and even legislatively recognised as critical to educational communities. Informally through the cake stalls, the classroom helpers and the volunteering hours that have kept schools functioning. Formally there is a seat at the table through the Parent & Citizen Association, Parent & Friend Committee, Board Membership or School Council. Far from not being engaged parents have received a message over time that they are not welcome anymore.

No greater evidence of this than the actions of Minister Piccoli when he removed parent voices from State representative committees. Organisational restructures saw parents addressed rather than consulted with. In 2015 he squarely blamed educators for a lack of growth in NAPLAN results, just in case parents didn’t know who to blame. Parents were also not included in educational employment panels raising serious concerns about transparency and accountability. Then we had the Principals being encouraged to enact the Enclosed Lands Act as a way of managing difficult parents.  But, keep in mind he was also the Minister who encouraged parents to hound him and demand changes to schools he called disgusting and appalling. Which one is it Adrian? Well behaved and proper or enraged and pushy? His message to communities as NSW Education Minister was mixed at best, confused at worst.

Our guru Adrian sure does know all about disengaged parents because he helped to create them. His most magnificent moment came when he placed the Federation of Parents & Citizens Association of NSW (P&C Federation) into administration. He did so without sincere consultation with democratically elected Office-holders. He did so without considering the ramifications on the 1900 school communities who relied on P&C Federation for support and guidance. He did so based upon gossip, hearsay and one of the tackiest displays of a coupe NSW not-for-profits have ever seen.

Adrian didn’t have the time for the discussion with the parents of the Organisation or their membership. He didn’t have time to make sense of the situation. He didn’t even have the time to come and meet with the locally elected state representatives. Those representatives being predominantly Anglo-Australian parents. Adrian had bureaucrats tend to the issues. FFC think he may have been more concerned with how the great Organisation’s internal problems would affect his role. Anglo-Australian parental engagement? Adrian could write the book on it. On what not to do! As Minister, he took it upon himself to present legislation to Parliament and put a dynamic, functioning and important educational stakeholder, a real parent voice into recess. Because that’s how a clever man who consults and wants the best for children in NSW schools fixes problems right?

On the appointment of an Administrator and after months of investigation and inquiry no wrongdoing was realised by the Officeholders or the Office of the iconic Organisation. P&C Federation had been the parent voice in NSW public schools for near on 100 years, suddenly it was silenced. No one is going to deny that there was a toxic culture amongst some of the volunteers, but it wouldn’t be unlike the bipartisan nature of Parliament. The bear pit Adrian harked from when he made his pleas for civility to be maintained and decorum upheld in the membership of P&C Federation. Pot and kettle anyone? As leaderships model go this one was wanting.

And what legacy did the NSW Education Minister leave when he took such dramatic, drastic and hysterical action? Well, it appears, by the words of the man himself that he has turned Anglo-Australian parents away. There are only so many times you can push someone out, keep them marginalised and restrict how welcome they feel until they throw their hands up in the air and walk away. And if Anglo-Australian parents are missing in action from school communities Adrian has no one to blame but himself. Maybe he can work on fixing the problem that he left behind when he took on the job of a lifetime?

Parents of an Anglo-Australian background aren’t lacking interest in our child’s education. We just need to be invited back to school communities.

As for guru Adrian? Good luck with your new position but please, do all of us involved in education a favour, play the ball not the people. Otherwise get to the sideline and sit this one out.